Evans was born in Wrexham in 1883 and began his career with his hometown club.

Evans moved to the Torquay area in 1904 from Wales, joining Ellacombe Football Club before moving to the newly formed Torquay Town side. He was Torquay's top goalscorer in five of the following seasons.

Although only an amateur when he played in Exeter City first team, Evans made an instant impression by scoring on his debut in a 2-1 home win over Leyton in December 1909 in the Southern League. The former Plymouth Argyle and Ellacombe player, retained his place for the next two matches against his former team, Argyle, in the 1-0 defeat at Home Park and the 2-4 defeat in the return meeting at St James’ Park two days later, in which Evans was on target once again.

Evans played for the Welsh amateur international team in a match against England at Huddersfield Town’s ground in February 1910.

In 1910/11 he controversially signed for Woolwich Arsenal, The Woolwich Herald reported on 5 August 1910 that he had signed as an amateur. The club was still finding its feet after the financials troubles of earlier in the year.

The Devon and Exeter Gazette 16/11/10 reported that at a meeting of the International League Board, entitled Plymouth Argyle fined- P C Evans again. 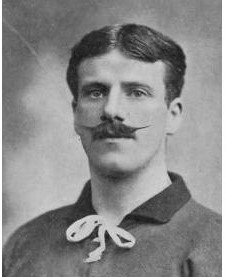