There are some things in the yearly cycle that you know are heralds of things to come. Daffodils lead into spring, april showers give way to may flowers but the most evocative of the lot is a 1-1 draw at St James Park ringing in the new football season. The most important nuance is that the opposition must score with only a few minutes to go. As you might of guessed, I travelled down from London to sunny Devon for the opening game of the new football season. Morecambe were the visitors, a stern test for City.

The atmosphere at Paddington was one of optimism tinged with the reality that City didn't have the financial clout needed to sign the big names that other Conference teams had landed during the break. Twelve of us caught the 0930 train from the capital and at just after 12 we had arrived in Exeter, only slightly delayed by signal problems at Newbury. Upon arrival a few of us decided to walk to the ground and enjoy the glorious sunny weather.

The Centre Spot was already busy when we arrived. It was the scene of a packed out Wurzels gig only the night before, an event which eight more London Exiles had travelled down to the day before. It was good to catch up with people that I had not seen since the previous season. Pre-match entertainment was provided by Taff having his head shaved. He had not had his hair cut since our relegation day, but to raise money for the Red or Dead?  Scheme he'd decided to have it all lopped off. There was a large contingent of Morecambe supporters in the Spot, which lead to a good lively atmosphere. After watching the end of the Spurs-Liverpool match I headed into the ground.

Former Yeovil Town player Jake Edwards was starting his first City game following his arrival in the summer. Kicking towards the away end the first half began. City started brightly, and after five minutes they opened their goal account. A goal kick from Rice looked pretty poor until it bobbled into the opposition half, it was passed through to the left where Devine lashed it home.
1-0 to the City and we all hoped that we'd go on and bag a few more (last season we put 7 past Morecambe in the two games without reply). Sheldon had a good chance soon after but screwed his shot wide. Also in the opening half a Devine shot was blocked off the line by a outstretched leg with the Morecambe keeper beaten. Morecambe had a goal disallowed for a clear offside, a warning of things to come? So 1-0 at the break. In the second half Morecambe became more of a force, they began to dominate possession but didn't really challenge Rice in the City goal. Edwards flashed a chance just wide and Sheldon should have scored from a header with just the keeper to beat.

Dean Moxey replaced Les Afful on the wing and then Wayne O'Sullivan came on for his first appearance in a City shirt. However, with only six minutes remaining Morecambe scored, a looping header from a free kick. Flack came on for Edwards as City went direct, but no real chances were carved out. 1-1 at the end then, and the disappointment in the ground was tangible.

The similarities to last season were huge, when City conceded a last minute equaliser at home to Halifax. This turned into a habit for last season, several clubs finding the last few minutes a nice time to score against the Grecians. So, back into the Spot to watch the scores come in and then off to the station for the 18:42 back to Paddington. There were several Sheffield Wednesday fans on the train, all well pleased with their 4-2 win at Torquay.

All in all, another fun day out in Exeter. Only the result failed to amuse. On the plus side, thought Edwards and O'Sullivan looked good on their debuts and Devine is off and running with a goal in the first game. We really need to take our chances in this sort of game though, we should have been two or three up by the time Morecambe scored. 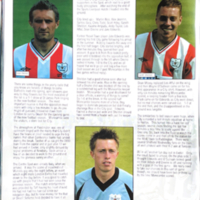 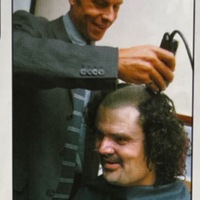