He had represented the League of Ireland on nine occasions and played for the Republic of Ireland five times.

Commencing his career with Irish club, Dolphin, he signed for Notts County in February 1934 and went on to feature in 120 league games for them, scoring 20 goals.

He was then transferred to Sheffield Wednesday in March 1938, scoring 12 goals in 44 league outings.

Moving back to his home country, Fallon played for Dundalk, "There was much regret when he decided to return to the English League for the following season. Before his departure he was on the Reserves team that captured the Metropolitan Cup, defeating Bohemians in the Tolka Park final."

He then rejoined Notts County for a second time in June 1946, making 15 league appearances and netting three goals.

He made his debut for Exeter against in a 1-0 home win over Reading in August 1947 but had to be mainly content with reserve team football.

After one season at St James’ Park, the then 36-year-old linked up with Peterborough United. He died in 1989. 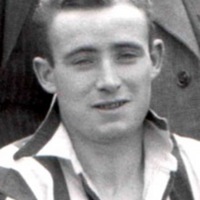 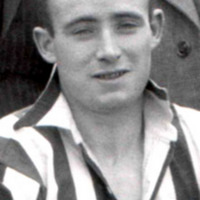 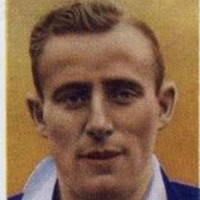