Signed at the same time as John Divers from Clyde, both players moved to Exeter City in June 1956. John Ferrier had turned down an offer from Walsall preferring instead to move to Devon. A Scottish junior international (2 caps), John had kept former City player, Harry Haddock, out of the Clyde team.

However, he had started his career after the Second World War with Brighton and Hove Albion, whom he signed for in October 1946, but after just one game and one goal he returned to Scotland with junior outfit, Ashfield.

When he signed for Exeter the press wrote the following "Ferrier is a 26 year old left back who signed for the City at the same time as Divers, and whose careers have run on parallel lines. Together they played for Annfield Juniors, the side which won every honour ther was to win in Scottish junior football. Together they played for the Scottish junior international team, and together they joined Clyde and made many first-team appearances. Ferrier at one time displaced Harry Haddock, who played for Exeter just after the war, in the Clyde team."

He made his Exeter City debut in a 1-0 defeat at Norwich City in August 1956 and went on play fairly regularly in the left-back position.

John broke his ankle in a game at Bournemouth in March 1957. He moved to Yeovil Town in the summer of 1957, but not before he had considered giving up playing and returning to sea as he held a Merchant Navy Second Engineers ticket.

By November of that year he announced he was indeed retiring from playing as the ankle that he broke would not stand up to 90 minutes of football. 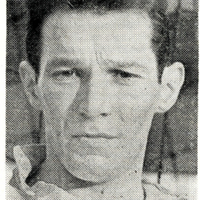 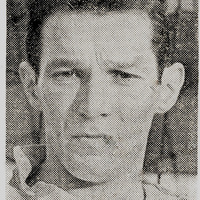