After an unsuccessful trial with Brentford, Flynn played in the Midland League for Mexborough for two seasons, prior to signing for Exeter City in May 1922.

Although he was to stay at St James’ Park, he was really only regarded as a squad player throughout, making handful of appearances in each of the seasons he was with the club.

His Exeter City Football League debut came in a 2-1 home win over Southend United in December 1922, and the only goal he scored for the Grecians was in a 1-0 win at Swindon Town in February 1924.

This wasn’t Flynn’s first game for the Grecians though as he lined up in goal for the City first team in an FA Cup tie at home to Boscombe in November 1922, after regular keeper Harry Fryer was injured. The full-back turned keeper kept a clean sheet.

After being released by City at the end of the 1925-26 season, Flynn signed for York City making his debut on 28 August in a 1–1 draw at home to Loughborough Corinthians. He was ever-present for York in the 1926–27 season, appearing in all of York's 38 Midland League matches. He also played in York's seven FA Cup games that season, in a run that saw the club reach the first round for the first time in its history, eventually being knocked out in the second round away at Grimsby Town on 11 December.
Flynn missed two games the following season, He left York following the end of the season, having made 93 appearances in all competitions, joining Boston Town as a player and a trainer. 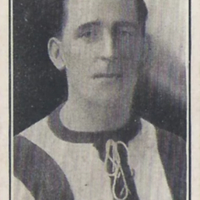 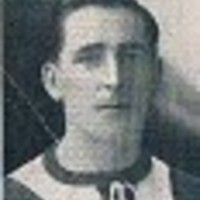