George became the first player to win Exeter City’s Player of the Year award whilst on loan from another club. He had been signed by the Grecians in December 1981, manager Brian Godfrey bringing the player in from local rivals Plymouth Argyle.

Ironically, Foster made his City debut against Argyle in a 1-1 draw at St James’ Park on 28th December 1981. He went in to be an ever present in the Exeter side for the rest of the season, making a total of 28 league outings before he returned to Home Park.

After leaving Exeter he went on to make a total of 222 appearances for Plymouth Argyle, scoring six goals. Prior to joining City on loan he had enjoyed a similar, but much shorter loan spell with Torquay United in October 1976, thus joining the select band of players who have appeared for all three of Devon’s Football League sides.

He linked up with Derby County from Argyle in June 1982, however in August 1983, Exeter City player-manager Gerry Francis enquired about bringing back George for a second spell at the club, but the fee quoted of £17,000 proved to be too high.

By far George's  most successful spell in terms of appearances came when he signed for Mansfield Town, as he went on to feature in 373 games for the club, before finally retiring as a player in 1992 following an injury.

He was player-manager at Mansfield between February 1989 and May 1993, leading the club to promotion in 1992. He has held a variety of coaching appointments with various clubs since, and was Head Scout at Wolverhampton Wanderers when Glenn Hoddle was manager there. He became Academy Manager at Stoke City, but in 2008 George was in charge of a UK based scouting team in search of undeveloped young players who have been released from their clubs, before sending them on to former England boss Hoddle, based in Spain.

He was a Scout at Hull City in 2011 and with Port Vale in 2012, he joined Swansea as a European Scout in 2014. After two years working for Swansea City, George became Chief Scout at Cardiff City, before taking on a Head of Academy role with Mansfield Town. He had 12 months with the Stags before being made redundant. A further 12 months was spent as a scout at Middlesborugh.
Appointed assistant manager at Gloucester City in 2019 and then became assistant manager at Chesterfield in November 2020.

Steve Steniford for photos of George in action. 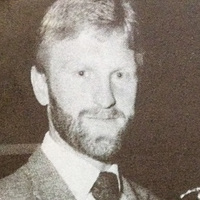 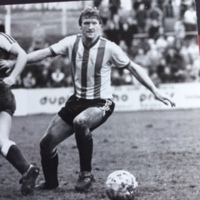 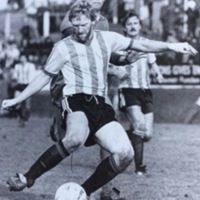 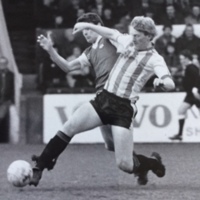 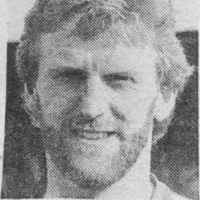