Kevin Francis is the tallest player ever to appear for Exeter City, standing at 6’ 7”, but Grecians’ fans never saw the best of him during his short stay at St James’ Park, despite his impressive track record, especially at Stockport County.

Spotted playing for West Midlands’ side, Mile Oak Rovers, he signed for Derby County in February 1989, but although he made ten league appearances for them, all of them were as substitute.

He achieved the remarkable feat of scoring 28 league goals in consecutive seasons with Stockport in 1992/93 and 1993/94. Due to this he earned the honour of "County Player of the Century".

Kevin added another 13 goals in 73 outings for Birmingham, then moving to Oxford United in February 1998 for £100,000. He had a second spell back at Stockport whom he signed for in March 2000, but was released at the end of that season.

Playing for North West Counties League side, Castleton Gabriels, Exeter City then gave him another chance in the Football League and he made his debut in a 3-1 defeat at Halifax town in November 2000. Although he featured in seven consecutive games for City, he was released and joined Hull City. After scoring five goals in 22 league appearances for Hull, he left the club at the end of the 2001-02 season and signed for Hednesford Town, after an unsuccessful trial with Worcester City. He also played for Redditch.

He played international football for Saint Kitts and Nevis, qualifying through his parents, who were both born on the Caribbean island. He played his first international matches for them in April 1998.

Retiring from playing, Kevin qualified as an HGV driver. following in the footsteps of his father,

Kevin and his family moved to Canada to live in 2005, where he joined the Calgary Police Service in April 2008 as a ‘beat cop.’ He was encouraged to emigrate by former Grecians' Football in the Community officer Tommy Wheeldon, who also lives in Canada. 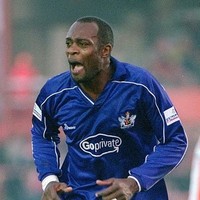 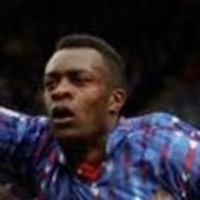