Henry was born in 1897, he had a hard act to follow when he signed for Exeter City in the summer of 1921, for he had to step into the shoes of the great Dick Pym who had been transferred to Bolton Wanderers, but he proved to be a very capable keeper, who made his Grecians debut against Charlton Athletic and went on to become a regular between the posts.

Fryer had made his name in amateur football in the Luton area, playing for Luton Clarence, and helping them win the Athenian League championship in 1919-20. He also played for the Athenian League XI and the Bedfordshire County side. He stayed at St James’ Park for two seasons, until losing his place in the team to Sydney Pavey.

He then moved to Torquay United, but was back in the Football League for the 1924-25 season as he featured in 30 games for Halifax Town. 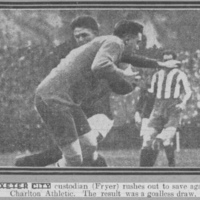 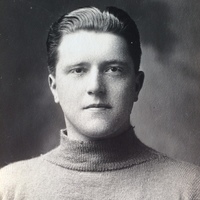