A Welsh Under-21 international, Gale signed professional forms for Swansea City in October 1980, having previously been an apprentice. He made his First Division debut in Swansea's 3-0 defeat at Aston Villa in May 1982.

Gale struggled to recapture his best form after breaking his leg in a reserve match and netted six goals in 37 League games for the Swans before reuniting with his former Swansea manager Colin Appleton at Exeter City in September 1985.

He made his Grecians’ debut against Scunthorpe United at St James’ Park, and went on to score three goals in 18 appearances.

A further injury in September 1986 ended his playing career and he remained in the Exeter area for several years. He has since worked for BSC Port Talbot and settled back in his native town. 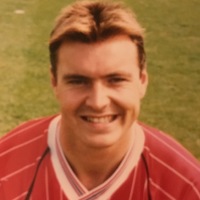 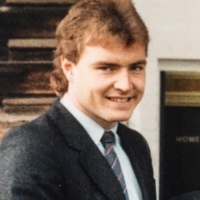 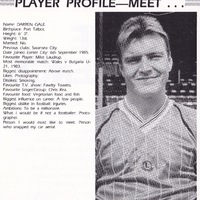