Shaun Gale started his playing career at Portsmouth as a trainee in July 1988, but only made three league appearances in six years before moving to Barnet in July 1994. At Barnet he became a first team regular making 114 league appearances, scoring 5 goals, in three seasons.

In June 1997, Exeter City paid £10,000 to bring Shaun to St James’ Park where he was again a regular starter before a series of injuries started to interrupt his career. He made his Grecians’ debut against Hartlepool United in the opening game of the 1997-98 season.

In August 2000, he moved on a free transfer to Havant & Waterlooville, where he made over 100 appearances in his first two seasons. He sustained a broken arm during a friendly in August 2003 and was sidelined for the rest of the season. In February 2004 he became assistant manager at Havant & Waterlooville, and in October 2007, he was appointed as manager. He left the club after a poor run of results in April 2012.

He was appointed manager of Gosport Borough in June 2020.
Has also been a Sports Sales and Workwear specialist based in Portsmouth since September 2008, selling the Joma brand. 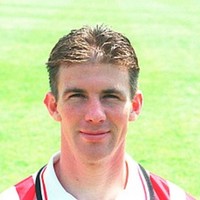 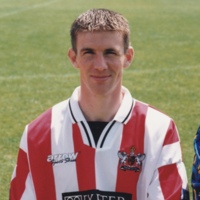 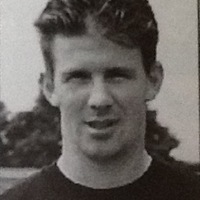