Gardner had a wealth of Scottish League experience, having commenced his senior career with Queens Park in the summer of 1986, after signing from Ayresome North.

He only made two league outings for the Spiders though before being transferred to Motherwell in 1988.

At Motherwell, Gardner added another 16 Scottish League outings in a four season stay. He then moved to St Mirren in 1993, scoring once in 41 league appearances.

Gardner was introduced to the Football League by Scarborough in August 1995, but only made six league appearances, scoring one goal.

He was to quickly move on to Cardiff City where he netted five goals in 56 league matches.

He moved to Exeter City on a free transfer in July 1997 and immediately won a regular place in the Grecians first team, making his debut against Hartlepool United. He scored one goal in 23 league matches in his first season at the club.

Although he featured in a run of matches towards the middle of the following season, Gardner was released on a free transfer and linked up with Stirling Albion and in a three-season stay he scored three goals in 48 league outings. 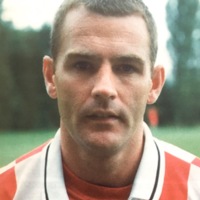 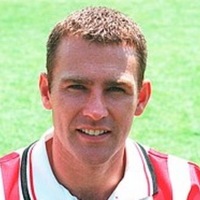 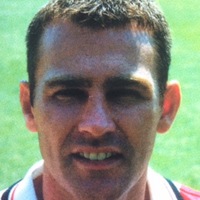