Despite appearing for a number of clubs during his career, As a youngster Mark had spent time at Queen’s Park Rangers, Everton, Derby County, Newcastle United, Middlesbrough and Crystal Palace, before signing for Leeds United.

Exeter City proved to be where he played the most games.

As an apprentice with Leeds United, he signed a full contract for the Elland Road club in December 1981 and went on to score three goals in 30 league appearances. After a loan spell with Hartlepool United in March 1985, four months later Mark signed for Carlisle United. However, his stay at Brunton Park was a short one, as in March 1986 he had moved to Bolton Wanderers where he netted three goals in 49 league outings.

Mark then moved to Rochdale in August 1987, before trying his luck back in his native Scotland with Hearts, who paid a £30,000 fee. He was back in the Football League though by October 1988 when he joined Bristol City, again for £30,000. The winger stayed at Ashton Gate until being transferred to Watford in August 1990, but he was to return to Bristol City for £60,000 for a second spell at the club in December 1991.

Mark signed for Exeter City in February 1994 for a fee of £10,000, making his debut at St James’ Park in a 1-1 draw against Rotherham United. The following season, despite it being a torrid season for the Grecians, he made 37 league appearances, scoring two goals. After one more season at St James’ Park, he joined Scunthorpe United on a free transfer in August 1996.

Mark only played handful of league matches for the ‘Iron’ however, and in September 1997, returned to Hartlepool United for a second spell there. Once again, he only featured in just three matches, all as substitute, and at the end of that season signed for Greenock Morton. He played just one Scottish League match for them and retired in 1998.

After retiring Mark said: “I had a decent career. I won player of the season at Bolton and Bristol City. I thoroughly enjoyed playing football.”
Mark became a professional gambler and by his own admission, a successful one. He said: “During my time Bristol City I met a lad who was a gambler. He did well. He taught me to read the form and what to look out for. I;ve been doing it now for years and I make a good living out of it." 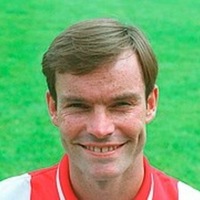 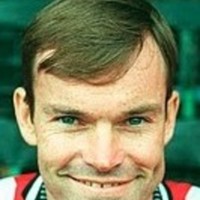 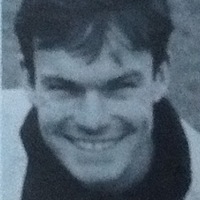 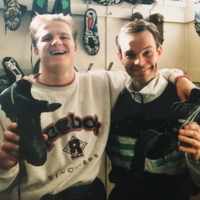