Gay has a unique record at Exeter City of being the only outfield player to have made his league debut for the club and ended up as a goalkeeper!

Gay replaced the injured Richard Key between the posts in the game against Crewe Alexandra at Gresty Road in March 1977.

A former apprentice with Bolton Wanderers, he signed a full contract in January 1975, but never made a first team league outing.

On loan to Exeter, and helping them go on and win promotion, he stayed until the end of the 1976-77 season.

Given a free transfer by Bolton, Gay signed for Southport in August 1977 where he was an almost ever present in their team during his one season stay at Haig Avenue.

He moved to Wigan Athletic in July 1978, but in complete contrast only featured in one league game for the newly elected Football League club, who had ironically replaced Southport as members of the Fourth Division.

Gay then moved to Macclesfield Town, who were then in the Northern Premier League, and subsequently played for Bangor City, Droylsden, Mossley (for whom he had two spells in 1984-85 and 1986-87), Chorley and Horwich R.M.I.

Away from football, Gay became a civil servant working for the Employment Department. 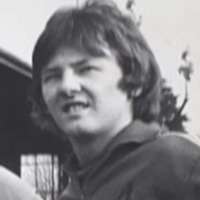 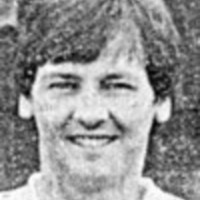