He was a youth trainee at Exeter City, being signed as a full professional in July 1996. He played 23 matches, scoring 30 goals, in the South West Counties Youth league and Cup in 1995/96.

His first league action came against Cambridge United at St James’ Park in September 1996, when introduced as a substitute. It was from the bench that Ghazghazi made most of his appearances during his two-season stay at Exeter.

Released on a free transfer at the end of the 1997-98 season, he signed for Dorchester Town.

"Former Exeter City youth product Sufyan Ghazghazi has accepted a dream move to play first division football in Tunisia.
The 21-year-old, released by the Grecians at the end of last season, yesterday flew out to join the Club Africain de Tunis until the end of the season.
And the move has brought an immediate £10,000 bonus for his former side Dorchester. And could be worth up to £30,000 if Ghazghazi joins the African side next season.
The switch has come out of the blue for the former City player following a year of disappointments that saw him shown the door at St James's Park, fail to win a contract at Conference side Yeovil and then suffer a series of below par performances at Dorchester.
Ghazghazi, a former England Under 18 international, played fewer than a dozen games for City after joining them in July 1996.
And the move takes the striker back to the country where he lived - with his Tunisian father-for two years from the age of six before moving to Honiton.
Ghazghazi, who left Devon to start his new career yesterday, said: "It's a big opportunity that has come completely out of the blue.
"They are one of the biggest clubs in Africa with a host of internationals from all over the world.
"I expect that I will only be a squad player to begin with.
"But just training with internationals all around you will be a big bonus."

In February 1999 he was loaned to Tunisian side Club African de Tunis for the rest of the season, however, a permanent deal fell through five months later. Ghazghazi played for Clyst Rovers in 2001-02 and 2002-03, appearing for Exmouth Town during he 2004-05 season.

By 2009 was working for Exeter City Council in the Civic Centre. 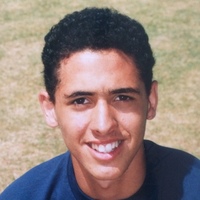 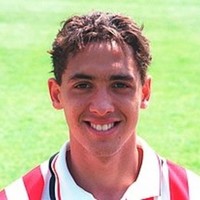 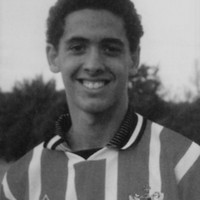 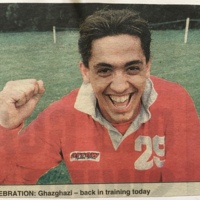 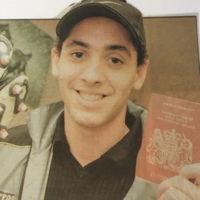 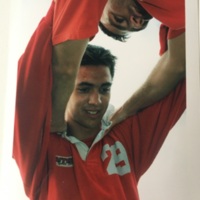