A pocket-sized midfielder, who was an apprentice at Derby County, becoming a full professional in May 1981.

His debut game was in April that year against Shrewsbury Town. Seconds after coming on, disaster struck following a heavy challenge.

“I played on for 20 minutes and then at the hospital I found out I had been playing with a broken ankle, it was a nightmare,” he explained.

Returning from that injury, he broke his other ankle two years later in a reserve encounter at Aston Villa.

It was one of his last matches for Derby and his contract at Pride Park was not renewed.

He only made two substitute league outings for the Rams though and after being given a free transfer joined Exeter City in July 1982.

In and out of the side at St James’ Park, his league debut came in a 6-1 defeat at Doncaster Rovers in September 1982.

His one and only league goal also came in a heavy Grecians’ defeat, when City lost 1-7 at home to Brentford in April 1983.
Gibson moved to play for Stourbridge three months later

In 2013 Aidan was running his own business in Newcastle-under-Lyme. 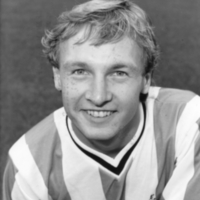 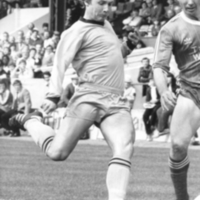 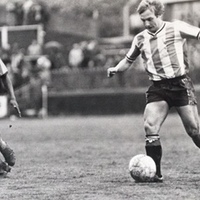 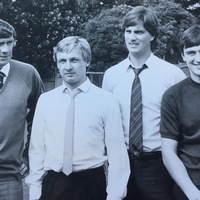 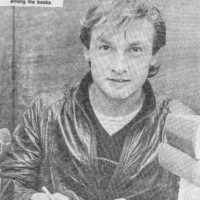