Signed on professional forms as a 19-year-old by Manchester United in September 1938, Gibson’s career was put on hold throughout the Second World War and he never made a first team league outing for the Old Trafford club.

He moved to Plymouth Argyle in February 1946 and played just six league games for them. He then linked up with Exeter City in June 1947 and made his debut for the Grecians in a home fixture against Leyton Orient.

Gibson played 30 league games for Exeter in his first season at St James’ Park, but in 1948-49 only added a further ten games.

Following a knee operation, he retired from playing in November 1949. He then became a scout for the Grecians. 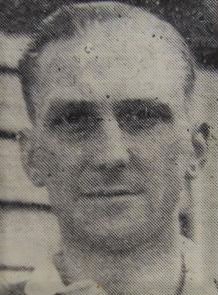