A Wales Under-21 international (3 caps), Giles commenced his career with Cardiff City gaining a full contract in June 1979 after working his way through the junior sides. He featured in 24 league matches for the Ninian Park club, scoring one goal.

Giles signed for Exeter City on loan in March 1982, just two days after appearing for the Welsh Under-21 side against Holland.

He made his Grecians’ debut in a 4-0 defeat at Reading, but scored his only goal for the club in the very next match, a 3-0 home win over Chester.

The winger was not retained by Cardiff City on his return to the club and he signed for Excelsior, Rotterdam, before moving on to another Dutch team, SVV Dordrecht.

Returning to Wales in January 1984, Giles then contacted Exeter City and had a short spell training with the club in the hope of earning a contract again. A month later Giles signed for Weymouth.

In December 1984 he played for Newport County, but only made one substitute outing. In 1985-86 he was playing for Merthyr Tydfil, but then had another spell at Newport as he signed for them in March 1987, and this time he scored twice in 29 league games.

After yet another return to Merthyr Tydfil, where he scored the club’s first ever goal in the Conference, 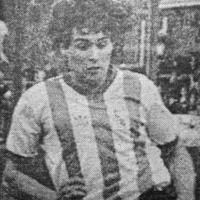 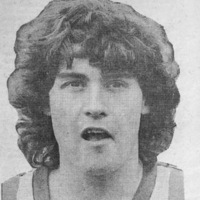 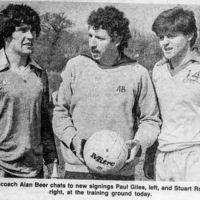