Gill was signed by Exeter City in March 1920, having previously played for Bury, although he never made a league appearance for them.

He made his Grecians’ debut against Newport County at Somerton Park, and played just two further Southern League matches for Exeter, against Bristol Rovers and Crystal Palace respectively.

Moving on to sign for Wolverhampton Wanderers in the summer of 1921, Gill made seven more league appearances for them, during his one season stay at Molineux. 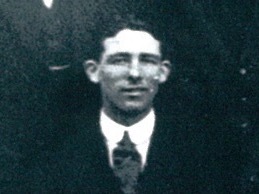