Although born in Woolwich, Peter played schoolboy football with Welsh League side Panted, and was selected to represent Cardiff Schoolboys. He played as a junior with Charlton Athletic, signing for them January 1953. and full professional forms in November 1955.

But he had to be content mainly with reserve team football throughout his stay with the club, playing in just one league game.

Transferring to Gillingham in July 1961, he netted nine goals in 66 league outings during his four year stay at Priestfield. (He scored on his debut for Gillingham in August 1961 against Doncaster Rovers).

He then signed for Chesterfield in July 1965, but only had one season at Saltergate netting two goals in 27 starts.

Exeter City signed Peter on a free transfer in June 1966 and he made his debut for the Grecians in the opening day of the season goalless draw at Wrexham. Despite being an almost ever present in the team, Peter was again released on a free transfer at the end of the 1966-67 season, and he joined Ramsgate.

He later played for Chatham Town. Perere is believed to have lived in the Gillingham area after retiring from playing. 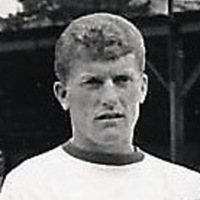 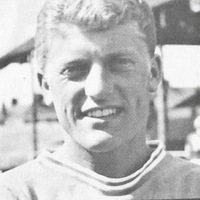 I played right wing with his son Darren,

the best partnership I ever had,