Before taking up football on a serious basis, Martin Golightly was a fireman on the North Eastern Railway, having not taken part in any schoolboy football whatsoever.

His first club was St Vincent’s a junior team in Gateshead. After a couple of seasons in the junior ranks, Golightly then signed for Fatfield, competing in the Sunderland area. He netted 48 goals in one season and this led to him signing for Gateshead in the North Eastern League. He scored 19 goals for Gateshead in 1911/12.

It was from Gateshead that he made the move south to link up with Exeter City in the summer of 1912, as a 21 year old with a goal scoring reputation, making his debut at Upton Park against West Ham United in a Southern League fixture in September 1912.

When he signed for Exeter the press wrote the following article

" MARTIN GOLIGHTLY.
This tricky inside-left was born at Gateshead, and is only 21 years of age. He is short, but of thick-set build, and as elusive. with the ball as any forward could be. His height is 5 ft. 7 ins., and his weight 11 st. 5 lb. Before taking up football seriously he was a fireman on the North-Eastern Railway. Unlike the majority of players who have attained a degree of prominence, he took no part in football when a schoolboy. His first club was St. Vincent's, a junior club at
Gateshead, and from the time he touched a football he has always stuck to the one position, inside-left. He was first put there by accident, and tumbled naturally to its requirements. After a couple of seasons in the junior ranks of St. Vincent's, he went to Fatfield, competing in one of the senior Sunderland district competitions, and put up the remarkable record of 48 goals in a season. Such scoring proclivities were bound to put him in the limelight. Golightly's shooting, dribbling, and trickery were renowned in North-Eastern football circles, and Gateshead snapped him up. He played regularly for them last season, and signed professional forms for the first time. He scored nineteen goals for Gateshead in the North-Eastern League, and missed only two matches.
His new colleagues at Exeter have had the greatest respect for his abilties from the first, and the practice matches made him an early favourite with the crowd"

Despite playing in the opening three games for City, and scoring twice in the 2nd practice game , he lost his place and was not recalled to the team until appearing in the final four matches of the campaign.
He was leading scorer with the reserves netting at least 13 goals (In some games the goal scorers are not recorded)

He left Exeter at the end of the one season at St James’ Park and became player-manager of Bideford. He was trainer to Grimsby Town in season 1920-21. 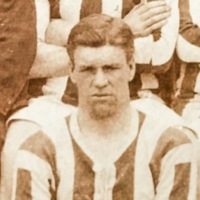 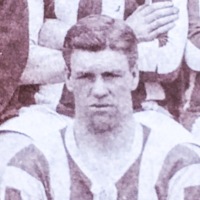