Commencing his career as a professional with Norwich City in December 1949, Gordon went on to score 34 goals in 160 league outings for the Canaries.

He remained at Carrow Road until July 1958 when he was transferred to Watford for a fee of £2,000.

At Watford he added another 13 goals in 43 league starts, before being transferred to Exeter City in June 1960 for £1,000. He made his City debut at home to Carlisle, playing 24 league games during his first season at St James’ Park, scoring three goals.

His best season for Exeter was in 1961-62 when he only missed three league matches and scored 9 goals.

Originally transfer listed by City for £1,000, Doncaster Rovers made a player exchange offer in June 1962, however he linked up with Newport County the same month with another Grecian, Derrick Sullivan, for a joint fee of £1,500.

Gordon only played 8 league games for them, scoring once. After one season at Somerton Park, he signed for Poole Town in July 1963.

He later became coach at Hartlepool United, Southend United and then Northampton Town.

After leaving football he worked for an Insurance Broker and lived in Ipswich. Gordon died in 1990. 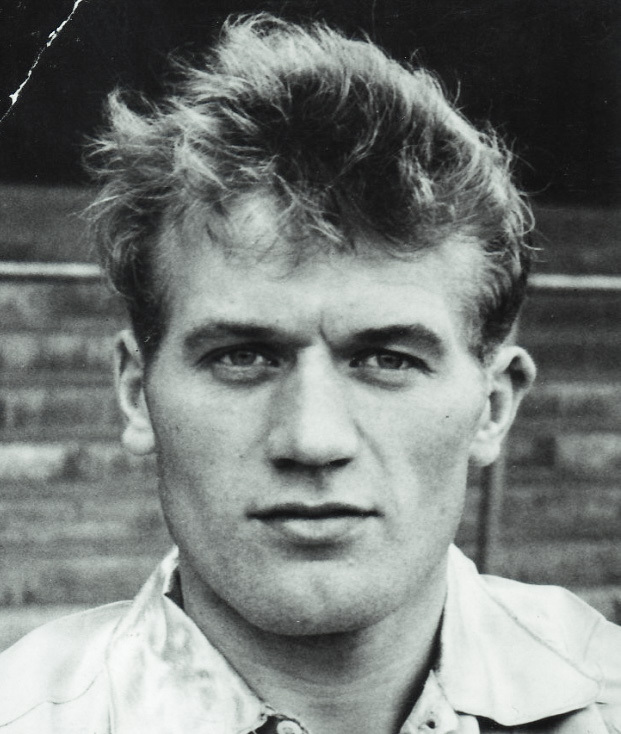