A member of the Exeter City team that reached the quarter-final of the FA Cup in 1931, Gray was a defender of consistency, as he went on to feature in over 200 league games for the Grecians.

He was signed from Liverpool in January 1930, having joined them three years earlier after playing for South Africa and touring England with them.

Gray made his first outing for Exeter against Walsall at fellows Park just three days after signing and was ever present thereafter for the rest of the season.

Gray had a benefit game staged for him by Exeter City when his former club Liverpool were the visitors to St James’ Park in May 1935.

Wednesday, May 1 – 1935
Match: Benefit for Jimmy Walsh, at St. James’ Park.
Exeter City – Liverpool 1-3 (1-1).
Attendance: 5,000.
The Liverpool Eleven: Kane; Cooper, Tennant; Savage, McDougall, Dabbs; Nieuwenhuys, Wright, English, Johnson, Hanson.
Exeter City supporters paid gratifying tribute last night to five years’ consistent playing service when a crowd of over 5,000 watched Jimmy Gray’s benefit match with his former club, Liverpool. Additional interest was lent to the match by the presence of two former Exeter City players – Dick Pym, the ex-Bolton and international goalkeeper, and Wilf Lowton, the Wolverhampton full back – who officiated as linesmen. Liverpool won by three goals to one. Liverpool experienced difficulty in fielding a goalkeeper, for Kane received an injury to a finger at Torquay on Monday. They wired to the Football Association in the afternoon for permission to play Chesters, the Exeter ‘keeper, but this was refused, and Kane had to take the field. The game was purely of an exhibition character, but this did not detract from the entertainment value, for Liverpool concentrated on close passing movements, and gave a brilliant exhibition of football artistry. The Exonians made a praiseworthy effort to play their famous First Division opponents at their own game, and were not entirely disgraced. The City were dangerous in early spasmodic raids, but their movements lacked concentrated effort, and they were often frustrated by Cooper, who revealed all the polish and consistent expected from an international back. Liverpool were the first to score, some scrappy goalmouth play culminating in English converting a stray shot from Hanson. Exeter were not to be denied, and ten minutes later Scott equalized after good play by Hurst. In the second half the Liverpool forwards monopolized the play with clever inter-passing, and Nieuwenhuys and Wright, on the right-flank, combined brilliantly. English, the Irish international and former Glasgow Ranger, completely nonplussed the Exeter centre half with his intricacies and dash, and he crowned a great evening’s work by completing a “hat trick.”
A well attended dance was afterwards held at Deller’s Cafe.
(Western Morning News, 02-05-1935)

He remained with City until the end of the 1935-36 season, whereupon he was released on a free transfer.

In May 1947 he called in at St James’ Park whilst on holiday and said he was then working in a telephone exchange in Liverpool. Gray had a lung removed in August 1954.

Gray made another visit to Exeter in September 1971 and it was reported he was going to return to South Africa to live. 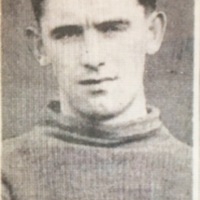 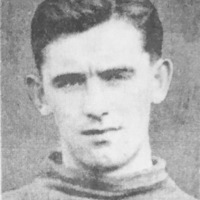