Two goals from Adma Diomande and a Ryan Snodgrass free-kick saw Exeter City knocked out in the second round of the EFL Cup 3-1 at the hands of Hull City.

A battling performance from the Grecians saw them go toe-to-toe with the Premier League side for the much of the match, but were undone by some smart finishing from the Tigers.

Diomande, the only player who looked likely to unlock the City defence, got two goals either side of half-time from close range, and substitute Snodgrass finished well to put the tie out of reach.

Due to a congested schedule for the Grecians, Paul Tisdale made five changes to the side that beat Accrington Stanley last weekend.

The visitors, who have had a strong start to their Premier League season with wins over Leicester City and Swansea City, made seven changes to their side, but high profile names like Shaun Maloney, Jake Livermore and Ahmed Elmohamady all started at St James Park.

In an entertaining first half both teams looked dangerous on the attack, with the away side looking to control the game through possession and to cross balls into the City area.

The Grecians’ own game plan proved effective though with Liam McAlinden a lone striker battling impressively against Jake Livermore and Harry Maguire in the Hull defence.

The first chance of the match fell to the Tigers as Diomande, who endured a tussling contest with Grecians youngster Ampadu, found himself on the left hand side and cut in well to fire a shot at Christy Pym’s goal to rattle the crossbar.

McAlinden’s tenacity almost paid off on 20 minutes after pouncing on a poor back pass. The striker did well to go round Dusan Kuciak in goal but was crowded out by the onrushing Hull defence- Grant’s follow up shot saw the Hull keeper save well to his right.

Growing into the game the Grecians built confidence pressing well with intensity as Lloyd James and Jordan Tillson began to wrestle the tie back into the home side’s hands.

Tisdale’s men then took the lead with a stunning strike from Jake Taylor on 24 minutes, as the midfielder found himself in a central position to strike from 25 yards with a curling left foot effort.

Having taken the lead City were ahead for just a matter of seconds as Diomande found himself on the end of a good cross from Jarrod Bowen to head in from close range.

As the half wore on the Grecians continued to match their Premier League opponents and almost went ahead again as Ryan Harley found his right footed shot roll just inches wide of Kuciak’s left post.

The second half brought more good play from the Grecians with Grant and Harley both shooting narrowly wide from range early on.

Again playing on the break the home side looked dangerous and Hull caretaker boss Mike Phelan knew it, as Tom Huddlestone replaced the injured Greg Luer with the intention that the Tigers could gain control of the tie.

With the Grecians reduced to mainly shots from outside the area they struggled to find space in the Hull penalty area, another Taylor strike saw Kuciak catch with ease after James’ close range free kick whistled past the post.

Hull, 88 places above City in the league, then began to make their dominance pay and went ahead after good work from Maloney and Diomande again as the latter found himself in space to shoot low past Pym on 77 minutes.

A foul from Troy Brown then presented the away side with a free kick and a perfect opportunity for substitute Robert Snodgrass to show his class as his effort flew over the wall to nestle low into the right hand corner just a few minutes later.

City tried to rally to and create chances but the opposition defence continued to stand firm and see out a tie which, for the majority, was well in the Grecians hands as the away side progress to the third round of the EFL Cup. 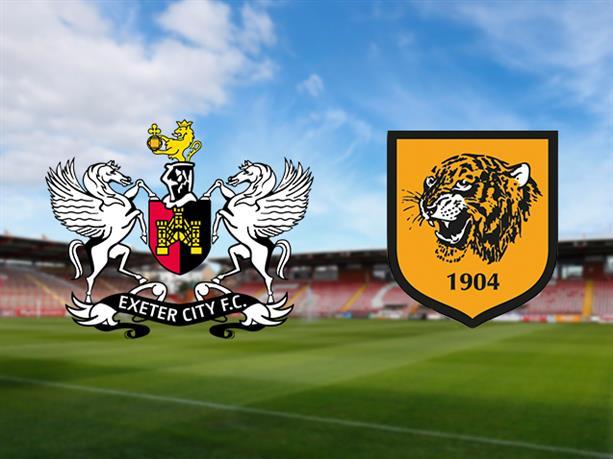