The veteran striker slammed home the spot kick in the 85th minute after Pierce Sweeney had been adjudged to have pushed Kal Naismith in the box.

However, the City players were less than pleased with the decision, with Sweeney booked for his protests.

City made three changes to the side that played Hull City in the EFL Cup on Tuesday night, with Bobby Olenik, Connor Riley-Lowe and Ollie Watkins coming into the side for Craig Woodman, Christy Pym and Joel Grant.

Chances were few and far between in a first half, with defences on top. City’s best chance came just after the half hour mark as Riley-Lowe got down the left and send over a low cross that Grant helped along for Liam McAlinden to stab goalwards, but David Forde made a comfortable save.

At the other end Troy Brown was City’s best performer, blocking two goalbound efforts including a fiercely-struck shot from Roberts that was heading towards the top corner.

Roberts was arguably Portsmouth’s most dangerous player and he almost headed the visitors in front just before the break as Enda Stevens crossed for him to sending a diving header just over the upright.

However, as the half came to a close Bobby Olejnik had not really had a meaningful shot to save and it was all to play for going into the second half.

Portsmouth had the first chance of the second half as Milan Lalkovic crossed for Curtis Main to head just over the upright. However, City responded and should have had a penalty of their own as Jake Taylor crossed and Grant was impeded, by Burgess, as he tried to get his foot to the ball.

Substitute Robbie Simpson then came close to playing Grant in once more, but this time a sliding clearance from Burgess saved the visitors.

It was the same Portsmouth defender who then cleared off the line as Grant and Simpson set up Taylor with a shooting chance on the right side of the penalty area.
City were defending well at the other end also, highlighted when substitute Naismith tried his luck late on with a shot from distance which he dragged woefully off target.

However, then came the telling moment of the match as Naismith and Sweeney went shoulder to shoulder in the area. The Portsmouth player went down and Gavin Ward pointed to the spot.

Roberts sent the shot down the middle to give the visitors the lead.

City responded and forced a succession of corners in the final minutes and had another shout for a penalty as Watkins hit a volley towards goal that appeared to be blocked by the arm of Michael Doyle. However, the decision didn’t go City's way and they were left on the wrong end of a 1-0 loss. 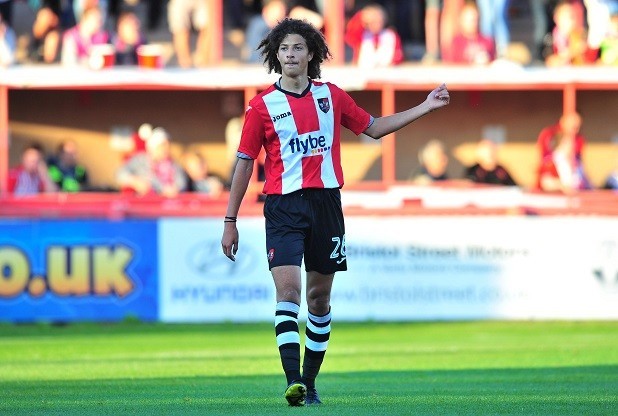