A man of many clubs!

Peter Johnson commenced his career with Middlesbrough as an apprentice, becoming a full professional in October 1976, and going on to feature in 43 league matches for them. His travels began with a move to neighbouring Newcastle United in October 1980, and whilst at the other St James’ Park also had a loan spell with Bristol City. Johnson joined Doncaster Rovers in March 1983, before moving onto Darlington three months later.

It was at Feethams that he enjoyed, up until then his best spell in terms of matches played, making 89 league outings and scoring two goals. Joining Whitby Town in the summer of 1985, he was back in the Football League with Crewe Alexandra in October of that year, but after 8 league appearances, returned to Whitby. Signed by Exeter City in March 1986, he made his debut for the Grecians in a 1-0 home win over Peterborough United. Released at the end of the season, Peter’s  next stop was Southend United. He made 126 league appearances for the Roots Hall club, scoring three goals, then moving to Gillingham in August 1989, where he added another 69 league matches and two goals.
In the summer of 1991, Peter tried his luck in the Scottish League with Airdrie, but his stay was a short one, as by October of that year he had linked up with Peterborough United, staying there until he end of the season, when he signed for Wycombe Wanderers.
He later became a part-time coach at York City working with the junior teams. 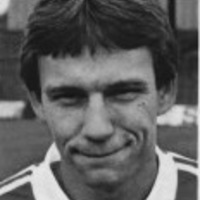 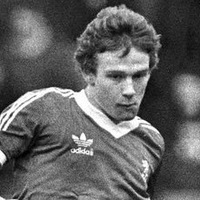 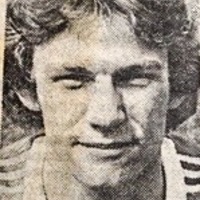