Signed from Rochdale in June 1948 for a fee of £1,500, Ronald Johnston had only been with the Spotland club since the previous November, having moved from a Scottish junior side. He scored 7 goals in 17 first team games for Dale.

He made his Exeter City debut against in the opening day of the season, in a 5-1 win against Northampton Town at St James’ Park, scoring one of the goals. However, the promising start was not maintained and he asked for a transfer just five months after signing for the Grecians.
At the end of the season he was allowed to join Southern League, Weymouth, in July 1949. His next move was to Headington United in May 1950. Johnston gained another chance in the Football League when he moved to Brighton and Hove Albion in November 1950, where he only played one game before being released. 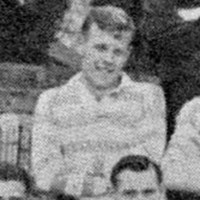 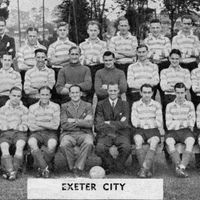