In the summer of 1948 he was working in the building trade along with his City colleagues, Harry Bartholomew and Doug Regan.

He also had a summer job, along with City player Bob Jeffrey, working for Casalucci ice cream in Exeter.

He only missed two games in his first season with the Grecians and was consistent throughout his stay at Exeter.

However, he then developed knee ligament trouble following an injury in a game at Swindon Town in September 1950.

Although Johnstone returned to the first team later in the season, the same injury flared up again in pre-season training in 1951.

He was given a short term contract, but then released in November 1951. Johnstone had a testimonial match in October 1952 when Exeter City played a Cyril Johnstone XI. 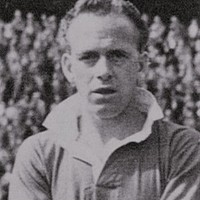 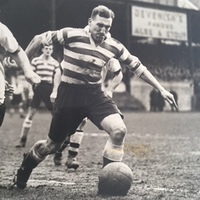 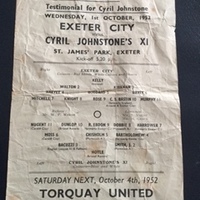