Although Murray Jones played for several clubs, he never stayed very long, but he was to make more league starts at Exeter City than any of them.

Originally an associate schoolboy with Southampton, Murray then had a short spell with Luton Town, but nothing came of that and he signed apprentice forms at Southend United. He signed a full contract in August 1982, but never played a league match for them and moved into non-league football, appearing for Welling, Epsom & Ewell, Greenwich Borough, Croydon and Carshalton Athletic.

Murray got a second chance in the Football League, after starring for Carshalton Athletic, where he scored 52 goals in 108 games, when he joined Crystal Palace in October 1989. Again he failed to make a league outing and he turned down an offer from Northampton Town and signed for Bristol City on a free transfer in August 1990. He was loaned to Doncaster Rovers two months later where he finally got his first taste of league action at the age of 26.

After turning down a move to Hereford United, he signed for Exeter in January 1991 for a fee of £30,000, making his debut in a 2-0 home win over Mansfield Town and he was to feature in most of the games after that until the end of the season. He scored two goals against Preston, in a 4-0 home win on the 23rd March, his third goal was scored in a 4-2 away win at Rotherham on the 1st April 1991.

Moving onto Grimsby Town in July 1991 for £75,000, he netted three goals in 14 starts and 14 substitute appearances. But twelve months later he was back in London having signed for Brentford in July 1992.
After a season at Griffin Park, during which time he failed to score in 16 matches, he was released on a free transfer to join Sittingbourne, who were playing in the Southern Premier League in the 1993/94.
Murray moved to China to signing for Jia-A-League club Guangdong Hongyuan for the their 1994 season, the inaugural campaign of professional football in the country. He played in 12 of the team's 22 league matches and scored three goals.

After returning to the UK he signed for Farnborough Town for the 94/95 season. He returned to the Far East to sign for Frankwell, in Hong Kong for the 1995/96 season.


Murray finished his playing career back in non-league football in England with Welling United in 1996/97 and finally with Sutton in 1997/98.

He returned to Crystal Palace as a member of the club's academy staff in 1998. He held the positions of U17, U19 and Reserve Team manager before departing in 2005. He then moved to Crawley Town as first team coach and Reserve Team Manager.

He became Academy Manager and Assistant Manager at Bromley, joining the club in July 2007.
In 2009 Murray was the Football Academy Director at Bromley FC.
He was appointed Youth development Manager and Coach at Brighton and Hove Albion in June 2012, but left six months later.
Murray was then Development Phase Coach and Manager for youth at Queen’s Park Rangers between February 2013 and June 2016. 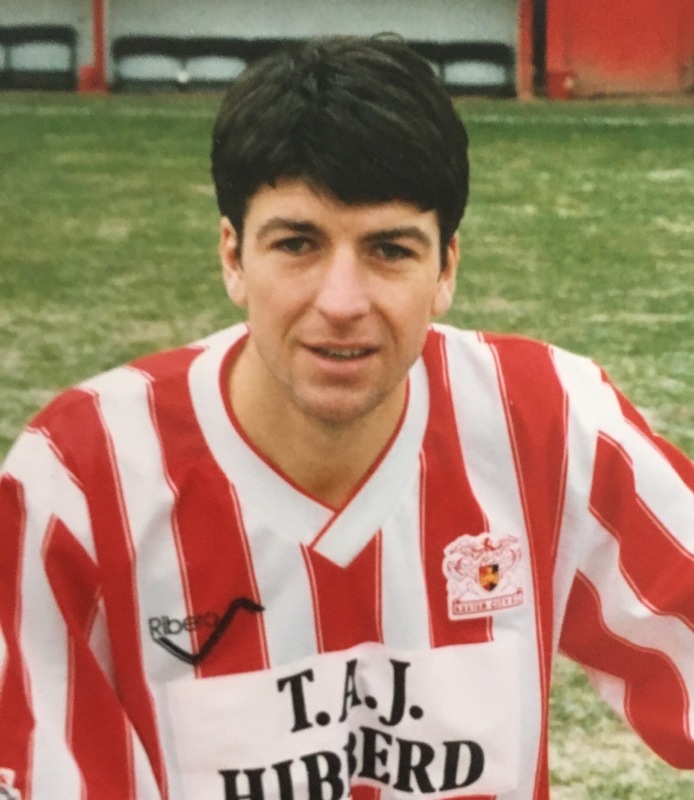 I would like to know which games Murray Jones scored in during the 1990 91 Season please?