Sean Joyce played one game on loan at Exeter City against Northampton Town, in November 1986, after he had been signed on loan from Doncaster Rovers.

He had been an apprentice at Doncaster until September 1986, when signing a full contract, and played in 41 league games, scoring two goals. After leaving St James’ Park, he returned  to Doncaster.

He moved to Torquay United in August 1988 where he played 158 league matches and scored 15 goals. He also played in the Torquay side that reached Wembley in the Sherpa Van Trophy against Bolton Wanders and again in the 1991 play off final win over Blackpool.

The Torbay area has been his base ever since moving to Plainmoor, and on leaving Torquay United he linked up with Elmore. He later played for Taunton Town, but in April 1998 signed for Bideford He became player-manager at Bideford in November 1998 although a knee injury put and end to his playing career.
Sean became a very successful manager with Bideford, taking the club from success to success during his twenty years as club manager, gaining Promotion to the Southern League South West Division one and then up to the Southern League Premier.
The North Devon Gazette celebrated his achievements in April 2019 with an article, about his 20 years in charge as Bideford Manager.

“The Robins went on to win the division four more times, including three consecutive titles from 2004 to 2006. Their 2003/04 campaign also saw them win the Les Phillips Cup, and reach the semi-final of the FA Vase.

After winning the Western League again in 2010, Joyce’s Robins went a step further, joining the Southern League and winning Division One South and West in their second season. Four seasons in the Southern Premier followed, with the Robins peaking at eighth in 2014.

Going into the final match of the season, Joyce has overseen 1,048 competitive fixtures, winning 530 of them, with a win percentage of just over 50 per cent.

For all the achievements, which can also include keeping Bideford in the Southern Premier for four years, Joyce remains modest about them, and some of his personal highlights are some of the smaller moments.

He said: “I’ve seen the ground full with the FA Vase games we’ve had but it’s not the big games, it’s the little ones.

“There are too many highlights though. Starting and finishing a season can be a highlight for me, the lads that stick with me through the seasons, the likes of Kevin Squire and all the others who stuck with me.

In 2021 he was still living in Torquay, running his own business, and had over 20 years as manager at Bideford FC. 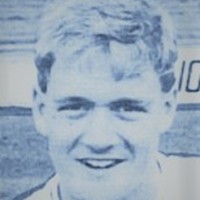 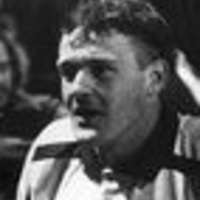