Following a few years away from the West Country, Tiverton-born Craig Woodman moved to Exeter City in July 2012 when his contract with Brentford was cancelled by mutual consent.

The left-back began his career with Bristol City, having come through the ranks at Ashton Gate, but after seven years and a little over a hundred appearances, he joined Wycombe Wanderers in 2007. He had also been loaned out during his time with the Robins, spending a spell with Mansfield Town and two stints at Torquay United.

Woodman joined Brentford for an undisclosed fee ahead of the 2010/11 season, and then moved to St James Park two years later – and played 46 times in his maiden season in City colours.

The popular left-back won rave reviews for his performances during the 2016/17 campaign as he established himself as the first-choice left-back with his assured displays. Manager Paul Tisdale even described him as the 'Franz Beckenbauer' of the team for his composure on the ball and tough tackling nature. Craig has had a very successful career in lower league football making more than 500 competitive appearances over a 17-year period. He reached his 500th career appearance in the 4-1 win at Notts County in 2015/16.

It was worth the wait to see his first goal in Grecian colours – he netted a spectacular indirect free-kick on the final home fixture in 2013/14, helping to secure City’s survival as they defeated Scunthorpe United 2-0.
Craig continued to play for City until the end of the 2019/20 season, by which time he had made well over 250 league and cup apperances 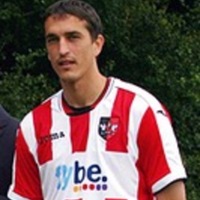 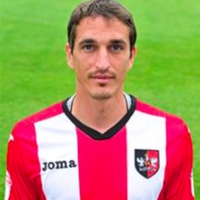 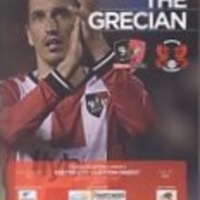