Troy Archibald-Henville became City’s fourth recruit of summer 2016, following the acquisitions of Lloyd James, Robbie Simpson and Liam McAlinden.
London-born Troy began his career at Tottenham Hotspur. He would go on to captain Spurs’ reserve side and feature in the first-team squad on two occasions including for the North London derby in December 2007.

After a temporary switch to Norwich City, the 27-year-old joined Exeter City on loan in January 2009 from then-parent club Tottenham.
An imposing centre-half with a quick turn of pace, he made a big impact during his first stint in Devon, helping the Grecians clinch promotion to the third tier of English football. Following a brief return to North London, Troy returned for a second loan-spell at City in July 2009. This time there would be no return to Tottenham, though, as he put pen to paper on a permanent deal with the Grecians on 1st February 2010.
A knee injury curtailed his 2009/10 campaign, but Troy would go on to make eighty-one appearances for the Grecians overall and secure the supporter’s Player of the Year accolade for 2011/12.

After spells with Swindon Town and Carlisle United, Troy returned to the Grecians in 2016 in what he described as a ‘homecoming’.

He was released by the Grecians at the end of the 2017/18 season. And later joined the Academy at Tottenham Hotspur. 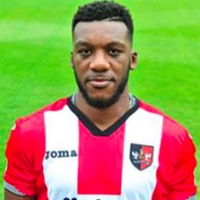 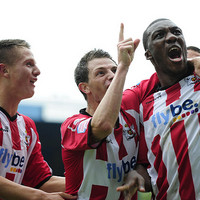 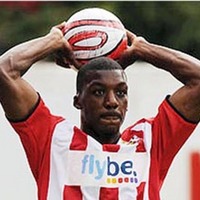 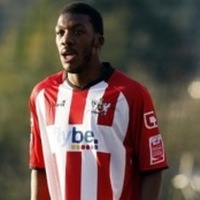