The 22-year-old frontman left Wolves this summer after spending the last couple of months of the 2015/16 season on loan at Crawley Town, following a short stay at League 1 Shrewsbury Town earlier in the campaign.

After nine years in the academy at Molineux, Liam turned pro with Wolves in 2010, and would play a part in the club’s League 1 title-winning season in 2013-14, scoring his first senior goal in the Football League Trophy against Walsall before a first league goal in a 1-0 win at MK Dons.

His Football League pedigree was fleshed out with two loan spells at Shrewsbury Town either side of a further two temporary spells with Fleetwood Town.

Though he was born in Cannock, Staffordshire, Liam represented Northern Ireland at under-21 level (qualifying through his grandfather) before switching allegiance to the Republic of Ireland, thanks to his parents, in 2014.

In July 2018 he signed for League 2 rivals Cheltenham Town. In December 2018, McAlinden was on loan at Brackley Town. After his loan spell finished he joined Kidderminster Harriers on another loan. 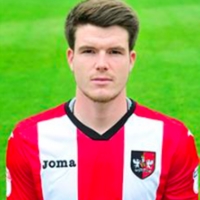 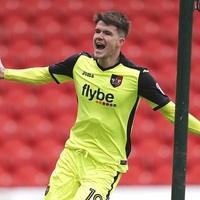 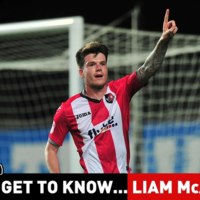 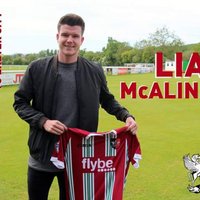