Having become a member of the Grecians’ Academy as an under-11, Connor Riley-Lowe was converted from a left-sided midfielder into a left-back, where he continues to offer good attacking threat.

Riley-Lowe, raised in south Devon, regularly captained the under-18 side during his Academy days, with his reliability and understanding of tactical basics being a key reason for this. At the end of his scholarship, he was offered a contract to turn professional.

The full-back made his professional debut in a Capital One Cup first round tie against AFC Bournemouth in August 2014, replacing Craig Woodman with half an hour remaining. He left the club after the end of the 2016–17 season.

Following his release by Exeter City, Riley-Lowe joined Truro City on a permanent basis on 4 August 2017. 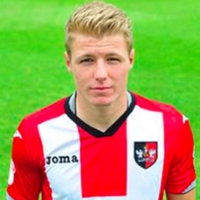 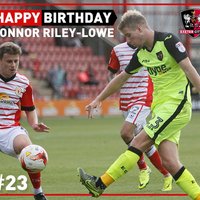 Connor Riley-Lowe, Defenders, One of our own