Pierce grew up in Bray and began playing schoolboy soccer at the age of eight, along with Gaelic football and hurling until he was 11. According to Pierce, football had been his singular passion since childhood, and he had long aspired to play professionally, believing that school was not for him.

From the age of 11 he pursued football more seriously and gave up his other sports when he signed with renowned Dublin schoolboy club Belvedere for four years. His team then grew to be a dominant force in Irish youth football - they won two All-Irelands and ‘a couple of leagues’ producing ‘seven or eight’ underage internationals in the time he was there.

At 17, Pierce began his professional career with Bray Wanderers. He started out with the club’s U19 but after just six months, made his debut for Bray’s first time in a Premier Division away game to St Patrick’s Athletic at Richmond Park. He registered 14 more league appearances for the club in the 2012 season.

The Irish starlet joined Reading from Bray in July 2012, which he described as a massive step up in terms of facilities and professionalism. He helped Reading win the 2013/14 U21 Premier League Cup, and was among a strong Irish contingent playing at the Royals at the time, including Ian Harte, Noel Hunt, Sean Long, and others. Unfortunately, after around four years with the club, he was released without having made a first-team appearance.

The following July, Pierce joined Exeter City after a successful trial, and a recommendation from former Exeter City manager and then head of the Reading academy, Eamon Dolan. Pierce’s deal was unique in being financially supported by a fans’ trust, with the 1931 Fund contributing £15,000 towards the defender’s wages. The 1931 Fund – named after the year City made the quarter-finals of the FA Cup – is a group of supporters who, through a monthly payment, raise money to pay or help pay for an extra member of Paul Tisdale’s squad.

Pierce had a very successful first season at the club, playing 37 times for the Grecians in the 2016/17 season. With him, the team reached the League Two play-off final, although they ultimately lost to Blackpool in the play-off final. In 2017/18 he played 43 games scoring 8 times, helping the Grecians reach the playoffs for the second year running, to lose out again after going down 3-1 at Wembley to Coventry City. He played a further 43 games in 2018/19 scoring four times.
The following season he played a further 36 league games, scoring twice, and helped the club to a further Wembley play-off final. And in 2020/21 he made another 38 apperances scoring 3 league goals

Pierce wrote the following on Twitter on the 11th of May, shortly before signing a two year contract with Swindon Town
After five seasons I've decided now is the time to leave Exeter City. I came to Exeter having not made a single appearance in English first team football and now leave having made 222. It has not been an easy decision, but with a young family it was the right decision for us and my career moving forward. A massive thanks to Paul Tisdale, Matt Taylor and Julian Tagg for giving me the opportunity to have played for this great club for five seasons. I wish the club all the very best moving forward and hopefully see you all at SJP soon.
Thank you Grecians
-Sweeens"


Pierce decided that his future will not lie with the club due to personal reasons. Pierce issued the following statement:

“I would like to thank Swindon Town FC for the opportunity to be part of the club, however due to family circumstances at this current moment I am unable to fulfil relocating to be part of the team. My family and I have thought about this decision and feel our commitments require us to remain in Exeter for the foreseeable future. I am grateful to the Chairman, Lee Power for allowing this to happen. I wish all the fans, players and staff a successful season.”
We would like to wish Pierce the best of luck for his future career.

Exeter City confirmed that defender Pierce Sweeney had re-signed for the club on the 8th of July.

The 26-year-old had departed the Grecians after five seasons in Devon, but due to changes in circumstances at his new club, has made the return to St James Park. Speaking about Pierce’s return, manager Matt Taylor said: "We had a phone call mid-way last week saying there was a potential for this to happen. It’s not for me to comment on the Swindon situation as it looks a difficult one and we hope their staff and players get through it.

"Pierce became available, and it was a sensible thing to do to offer Pierce a contract as we are in a better position now to where we were a month ago when we offered the original contract. Pierce is a player we trust and know well and know will fit in to our ways.”

"Very proud milestone for me to reach 250 appearances for Exeter City today. (29/01/2022) Coming here in 2016 having not played a first team game, to now is well above what I expected. Thank you for the support throughout and here’s to hopefully many more"
Pierce Sweeney Jan 2022 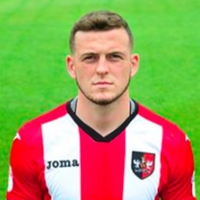 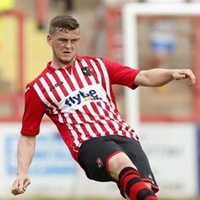 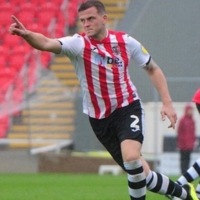 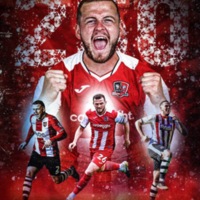 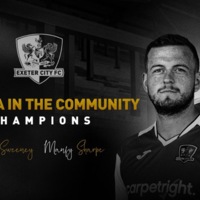 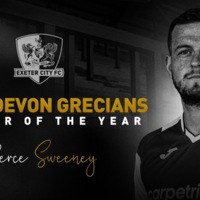 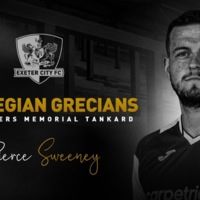 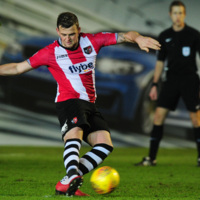 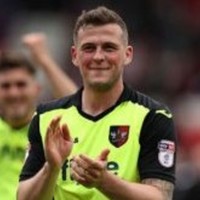