Red Square is the main hub outside St James Park. Around this area you will see the players and VIP entrances, as well as the club shop, grecian centre, and outside bar.

There are also the entrances to the club reception and the centre spot bar. Above the door of the latter is the first sign around the ground of the club's nickname, the Grecians.

There had been a long tradition of people living in the St Sidwells area calling themselves Greeks or Grecians., probably to distinguish themselves from those living inside the Roman city walls.

Given that most of the players came from the area, the nickname was adopted by St Sidwells United and was kept when they became Exeter City. 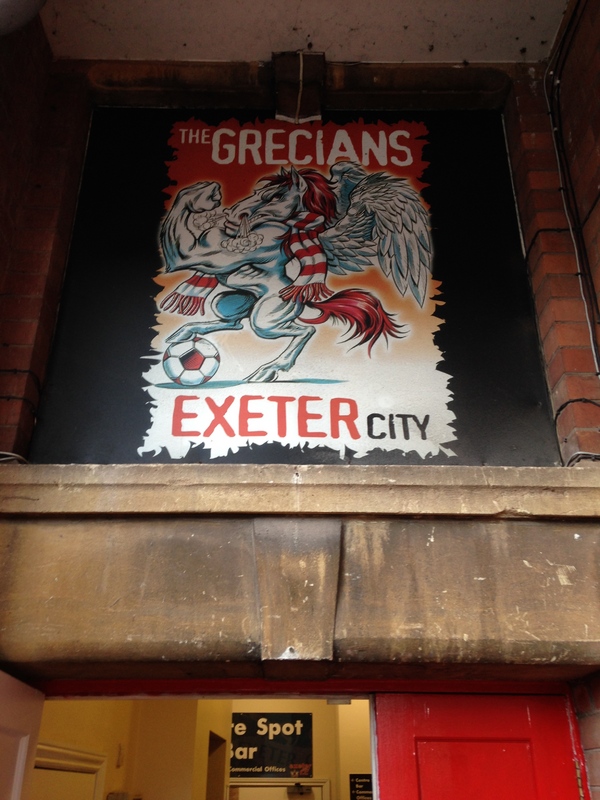