The centre spot's home is an old school building built in 1907. Originally an infants school it became St James’ senior school for girls in 1927 (eventually transferring to Beacon Lane site in 1961).

It was about the time that this was built that Exeter City made the major decision to turn professional and join the Southern League for the 1908/9 season. From here on the ground started to be changed from a field into a stadium. But more of this later.

The lower floor of the building is mixture of bar area and offices (not available to see on tour). The bar is open every evening from 5pm and at weekends. There is a 20% discount for Trust members on non-matchdays.

It is a great place to watch football on TV. It can be booked for events such as live music, skittles etc.

All around the walls of the bar area are quotes, images and memorabilia related to ECFC, including...

* Black shirt worn in two 2005 cup games with Manchester United – games that financially saved the club. Shirts have names of fans woven into them. Shirts were worn in early rounds of Cup and considered lucky. Club given special permission to wear in the later rounds as our registered away kit.

* CAR La Paz (Bolivia) pennant from game at SJP in October 1961. One of a series of high profile friendly games with overseas teams at that time. Other visitors included OFK Belgrade, Slovan Bratislava and Trinidad and Tobago. More on an even more famous overseas fixture when we get upstairs. 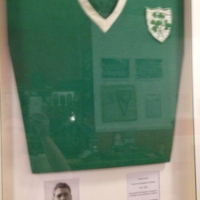 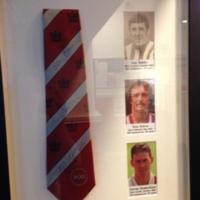 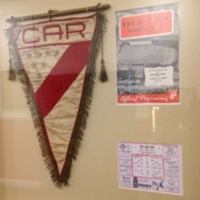 Just for the sake of accuracy, Club Always Ready (CAR) is from El Alto, a 1-million-inhabitants township bordering the Bolivian capital La Paz.They were actually the first Bolivian club to ever travel to Europe. And Exeter was the first of five fixtures in England.