Despite its modest size, there is lots to see in here, including...

- Mementoes of Club centenary game v Brazil Masters in 2004. Brazil won 1-0. They were captained by Dunga, who went on to be Brazil manager.

- Trophies for winning championship in 1989-90, Conference play off in 2007/8 and promotion from League 2 the following year. Conference trophy is very modest – Club gives out better trophies at its annual quiz night!

- Golden boot awarded to Tony Kellow for being Englands leading goal scorer in 1980-1. Kellow scored 31 times that season including a hat-trick in the FA Cup against Leicester when Exeter reached the quarter finals!

- Pennant for game with New York Fire department. The NYFD team came here in 2005 to play our Legends team. They were raising funds for a soccer scholarship in memory of Sergio Villaneuva who was one of their players killed in the 9/11 attacks. Captain Tim Brown spoke at the after match dinner about how he lost 86 friends and colleagues that day!

- Items loaned by former local Football League referee Ron Crabb from two interesting games at SJP he refereed in. The tankard is from the full senior Women's international between England and Eire on 2 May 1978. England won 6-1. The Echo headline prior to the game was "Eyes down for 'legs' 11 clash" - how times have changed!! It was Ron's last ever senior match as referee.

The footballer figure trophy is from another international (the first ever at SJP?) - England v Scotland Police International on Wednesday 14 April 1976. Don't know the score but Ron has given us the programme and a match ticket. Sir Stanley Rous was guest of honour - a former City player, St Luke's College student and of course FIFA General Secretary.

We are only aware of two other 'internationals" at SJP but there may well be others. Do let us know if you are aware of any more?


- Next to the trophy cabinet is an exhibit with material relating to Nicky Jennings testimonial game in 1979. Brian Clough fielded a very strong Nottingham Forest side as he was desperate to get some match practice due to bad weather cancelling so many matches at the time.

The game is notable for being the first ever first team appearance by Trevor Francis as a ‘million’ pound player. Actually it was £999,999!! A few weeks later Forest won the European Cup.

- Information about goalkeeper Dick Pym, local Topsham salmon fisherman, who we transferred to Bolton Wanderers for £5,000. With that, we bought he ground!

Pym went on to play for England and appeared in three FA Cup finals (including the first at Wembley) and never let in a goal. 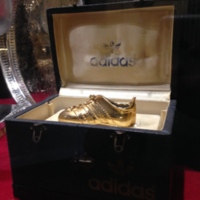 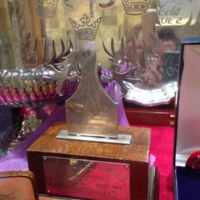 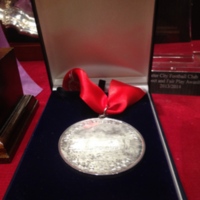 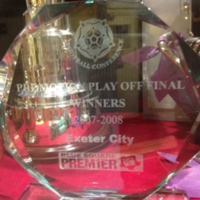 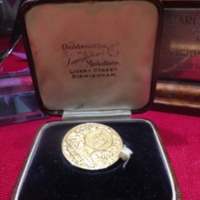 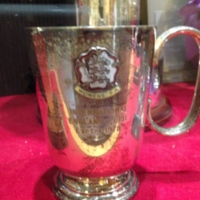 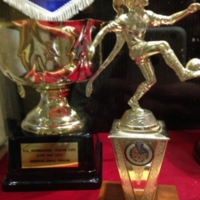