Once again this changing room is quite small, although plenty bigger than the one you have just visited.

Alan Banks, former City striker and Hall of Fame player, noted recently that they have not changed much at all since he played here in the 1960s, although when he first arrived you had to tread carefully to avoid splinters!

This is the place where it all begins and ends for the players on a match day, so it is not hard to imagine the different moods and moments that this space has seen.

Before each match the shirts are lined up on the pegs round the room, with equipment and supplies in the centre.

The tactics board used to belong to Liverpool, but they left it behind in 2011 and we have been 'looking after it' ever since... or so the rumour goes.

Just down the corridor is the managers office, including tv to watch post match footage, and then further down the shower area.

Given that this stand was built in the late 1920s it is interesting to think how many players have sat in this room and how many team talks have been given.

One of the first player to use the room would have been Cliff Bastin, who played for City aged 16 before transferring to Arsenal where he became one of the most famous players in the country and the Gunners record goal-scorer... A record he held until Ian Wright overtook him in the 1990s.

More recently Ethan Ampadu broke Bastin's record of being the youngest ever ECFC player, making his debut at just 15 years of age! 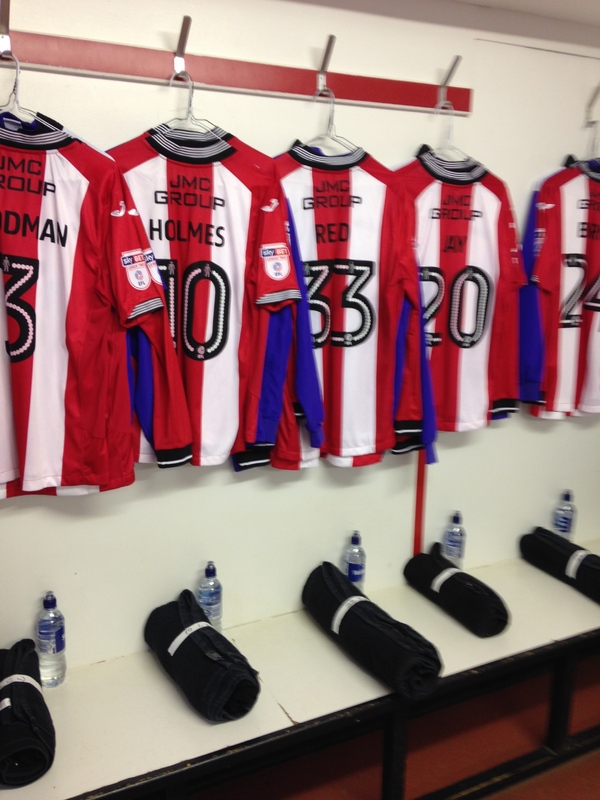