Ian Hamilton gained a Football League opportunity with Bristol Rovers whom he joined from his local club, Thornbury Town in January 1958.
He soon won a first team place and scored 61 goals in 149 league outings. He, was however, hampered by knee injuries.

He moved to Exeter City on loan in October 1967 making his debut in a 1-0 defeat at Southend United. He hadn’t met his team mates prior to the game, travelling across from Bristol to link up with the side in London. Manager Frank Broome described the player as: “One who has a football brain and is just the type of player we want.” Ian played in the next three matches against Luton Town, Workington and Doncaster Rovers respectively, netting in the latter game, which proved to be his last before returning to Rovers. He was to join Newport County in July 1968, and stayed at Somerton Park for two seasons, during which time he scored twice in thirteen league games, all during 1968-69.

After retiring from playing he worked as an air frame fitter for Rolls Royce in Bristol, retiring in 1994.

Ian died in a Bristol Nursing Home in April 2021. 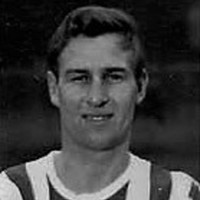 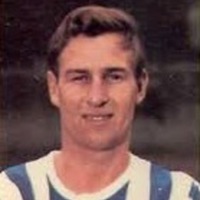