One of the handful of players who have appeared for all three of Devon’s Football League clubs. Although born in Exeter, it was with Plymouth Argyle that he began his career as a junior, signing a full contract in September 1955.

He had attended Hele’s School where he won rugby union international honours playing for the England Schools side at scrum half. After just two league appearances for Argyle, Dave Hancock made the short move to Torquay United in January 1959, where he added 177 league appearances, scoring twelve goals. He was also a member of the 1959-60 promotion winning side.

On transfer deadline day in March 1964 he moved to Exeter City for a fee of £1,000, having been on the transfer list at Plainmoor after losing his place in the Torquay side.

Dave played his part in helping the Grecians win promotion for the first time in their history at the end of the 1963-64 season, having made his debut for City in a 3-2 home win over Oxford United. He netted three goals in 31 league outings the following season in the Third Division.

After that he turned down an offer to play in Canada with Toronto-based club, Roma in May 1965, who had offered him £30 per week.

He then left the club to emigrate to South Africa, where he played for Durban United. and signed a further two-year contract with them in March 1966. 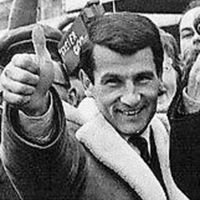 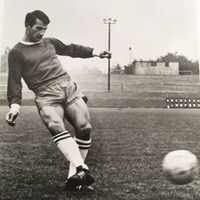 He was my Father's baby brother, my uncle and though quite young recall going to various matches with my Father here in Exeter and also Plymouth, a handsome man as all the brothers were.

He did well n South Africa I recall, working for a diamond mine after his football career finished.