After playing for Third Lanark, Hardie moved south of the border and into the Football League when he signed for Charlton Athletic in 1925. He played 28 games and scored three goals for them.

Plymouth Argyle signed the player in March 1926 and he went on to feature in 232 league matches for the Home Park club, scoring four goals.

He moved to Exeter City in October 1933 and within 4 hours had made his debut for the Grecians against Gillingham at St James’ Park.

Hardie only remained at the Park until the end of the 1933-34 season, when he linked up with Truro City. 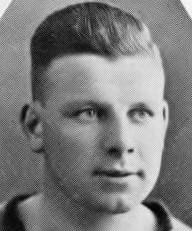