Not only did Harrison play first class football, but he was also a talented cricketer who appeared for Hampshire and was member of their squad that won the County Championship in 1961.

During his period of National Service he represented the Army in both sports.

Harrison joined Portsmouth on amateur terms, then moving on to Crystal Palace as a professional in October 1955, making his league debut the following May. He went on to complete 92 league matches for Palace, scoring 12 goals. In August 1959 he signed for Southampton, but spent most of his time at The Dell in the reserves, making just three league outings.

After one season with the Saints, Harrison moved to Exeter City in July 1960 for a fee of £350.

He started off in the City team on the opening day of the season against Carlisle United but by December 1960 had lost his place, despite having netted four goals in 18 matches.
He played 22 games for City reserves in the Western League in 1960/61.

After leaving St James’ Park in the summer of 1961, he signed for Poole Town. He then played for several non-league clubs, finally ending his playing career with Winchester City.

Having made his debut for Hampshire County Cricket Club in 1957, he was still playing for their second team up until 1968.

A qualified teacher, he was working at Farleigh School, Basingstoke from 1982, and then at another school near Andover.

In 2001, his biography "Brushes With The Greats – The Story Of A Footballer/Cricketer", written by Kevin Smallbone, was published by Sportingmemoriesonline.com. 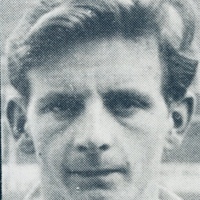 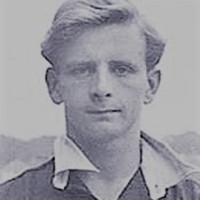