John Hinton was playing for Sholing Athletic, when Southampton signed him in 1912. He made two first team apperances and played a number of reserve games in his three seasons at Southampton.

When all league football was suspended because of World War 1, Hinton joined the RAF, stationed at Farnborough. He played football for his squadron and was selected to represent "England" in an RAF international match against Scotland. He was with he RAF from 1915 to 1919.


After the war, in 1919, Hinton worked for
Thorneycrofts shipbuilders at Woolston.
He was captain of the works team and coached Jim Angell another Southampton player when they reached the FA Cup 1st Round in January 1920, they had beaten Dulwich Hamlet and Sheppey United, when Thornycrofts were drawn against Burnley The match, on 10 January 1920, was played at The Dell and ended in a goalless draw. In the replay three days later, Burnley's experience and professionalism prevailed, who won 5–0.

Hinton left Thornycrofts in February 1921 to join Barnstaple Town, moving on a month later to when he was signed on a contract by Exeter City in March 1921. Described as a player who had a knack of snapping up chances, he played alongside another Grecian in the Thorneycrofts side, full-back William Betteridge.


Hinton went straight into the City first team to make his debut at St James’ park against Swansea Town just four days after signing. He was to ‘snap up’ just the one chance in his short stay with the club, netting on his debut.

He left at the end of the season, and signed for Barnstaple Town. He then returned to Thorneycrofts. 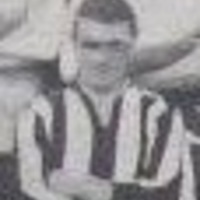 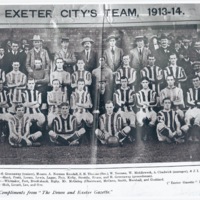