Enjoying two spells with Lincoln City during his career, Gordon Hobson played 332 league matches for the Red Imps. He was spotted by Lincoln whilst playing locally in the Sheffield area for Manchester Villa, and was signed as a professional in December 1977. He proved to be an immediate success, not only scoring on his debut for the club against Cambridge United, but topping Lincoln’s goalscoring charts for five of the ten seasons spent at Sincil Bank.

Returning to Lincoln for a second spell at the club in September 1988 for a fee of £60,000, this proved to be the club’s record transfer fee paid at the time.

Gordon linked up with newly promoted Exeter City in August 1990 for a tribunal fixed transfer fee of £20,000, and scored on his debut on the opening day of the season against Reading at St James’ Park. He was allowed to commute twice a week from his Southampton home to train with the Grecians. A few weeks after expressing his disappointment that Steve Neville did not get the manager’s job at Exeter City after Terry Cooper had left, Hobson’s contract was cancelled in September 1991.

He signed for Salisbury City, but quickly moved on to Walsall where he played three league games. After appearing for Farnborough Town in 1991-92. 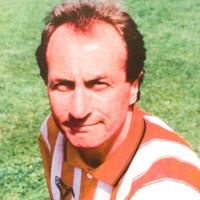 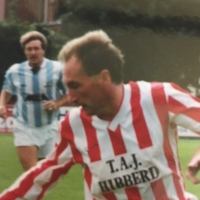 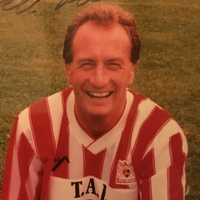