Much was expected of a young Hodge when he made his Exeter City debut against Reading as a substitute in September 1974.

A steady, hard working winger, he had been awarded a full contract by the Grecians three months earlier.

He was to stay at St James’ Park for just over four seasons, including playing his part in the 1977 promotion winning team, when he scored seven goals in 35 league starts.

After appearing in the opening four league matches of the 1978-79 season, Colchester United parted with a fee of £15,000 to take him to Essex. At Layer Road he added a further 92 league appearances and 14 goals.

Hodge returned to Devon when he signed for Torquay United in August 1981, but he only played in four league matches, scoring one goal.

Keen to take up an offer play in Norway, Hodge kept himself match fit by at first appearing in a few matches for Chelmsford City and then training at Fulham.

He enjoyed two years in Norway playing for Fredirkstad and still has many contacts in that country to this day.

On his return to England, Hodge became player-manager of Eastern Counties League side, Clacton Town. After retiring from playing Hodge eventually moved back to Devon, living in West Hill, Ottery St Mary, where he runs his own carpentry business. 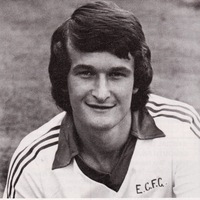 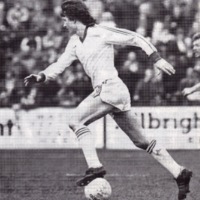 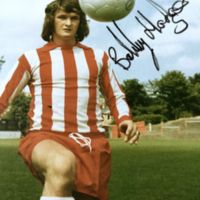 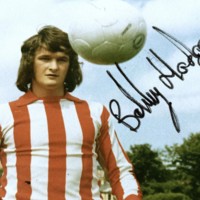