Lee Hodges made a big impression during his three month loan spell with Exeter City during the 1996-97 season. The England Schools international had been signed on loan from West Ham United in September 1996 and made his Grecians’ debut against Brighton and Hove Albion.

The midfielder had been an apprentice with the Hammers, gaining a full contract in March 1995, making three substitute outings in the league for them. On his return to Upton Park from Exeter, Lee signed for Leyton Orient (February 1997), Plymouth Argyle (November 1997), Ipswich Town (November 1998) and then Southend United (March 1999), all for various loan spells.

He was transferred by West Ham to Scunthorpe United in July 1999 where he finally won a regular place in their league side, making 113 appearances, scoring 20 goals.

He then signed for Rochdale in August 2002, but it didn’t prove to be a good move as he was hit by injury, and just seven league appearances and seven months later, he was heading for a spell with Bristol Rovers, where he made 21 league outings and scored two goals. After leaving Bristol Rovers, he signed for non-league Thurrock. He later appeared for AFC Hornchurch and in May 2009 left Billericay Town, where he had a short time as joint player-caretaker-manager.

Lee linked up with Ryman League Division One North side, Tilbury, at the start of the 2009-10 season, but in February 2010 moved to Blue Square South outfit, Braintree Town.

He was appointed manager of Aveley in November 2011, but resigned two months later due to family commitments. He is believed to be living in Grays, Essex in 2020. 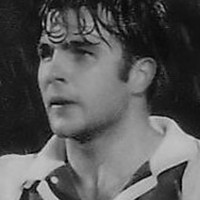 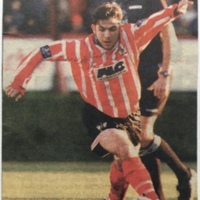 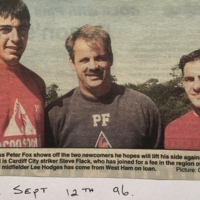