Holland was playing in junior football in Rotherham when he signed for Rotherham Town halfway through the 1923-24 season.

He then had a season with Manchester United and a short spell with Doncaster Rovers.

Heading south, Holland signed for Weymouth in the summer of 1925, staying with them for two seasons. He also had a one month trial with Middlesbrough.

Signing for Exeter City in the summer of 1927, he initially shared the first team goalkeeping duties with Thomas Wainwright.

He made his league debut for the Grecians in a 3-2 home win over Southend United in September 1927. He stayed at St James’ Park until the end of the 1929-30 season, when moving to Watford where he made 62 league appearances.

He then signed for Gillingham in 1932 and in four seasons appeared in 118 league games. After leaving the Gills he signed for the Aylesford Paper Mills works team.

He later returned to one of his former clubs, Weymouth, as their trainer, but had to give that up in December 1962 due to ill health.

Thomas died in Weymouth in 1987 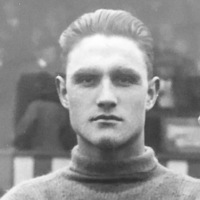 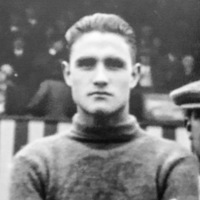 I'm trying to find descendants of Thomas Holland. He was my uncle. His sister, Annie Elizabeth Holland, was my mother. I've been in contact with the Weymouth Football team, but, unfortunately, they were unable to help me. Grateful for your feedback.

He was my grandad

Hi Irene, can you contact us at Exeter City Football Club, I am not sure we can help, but you never know.