A talented midfielder who progressed via the Exeter City youth scheme to go on and play for Wales at under-21 level on two occasions. He has also represented his country at non-league level.

Making his league debut for the Grecians as a substitute in a 2-1 home win over Brighton and Hove Albion in February 1998, Holloway was given his first full professional contract five months later.

After four seasons at St James’ Park, Holloway was released and joined Rotherham United, although he never featured in a league game for them. He then moved to Newport County, and followed that with spells at Tiverton Town and Merthyr Tydfil.

He was voted Player of the Year in 2005 at Merthyr, leaving them to join Llanelli in June 2007.

He left Llanelli in June 2012 after five years at the club. In July 2012, Holloway signed for Haverfordwest County. 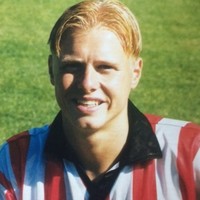 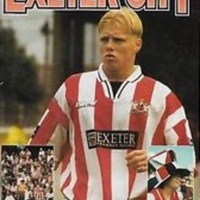 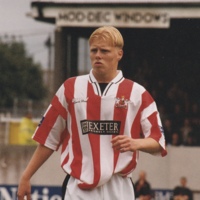