Harold was born in, Little Lever Bolton around 1891.


Harry Holt was a multi-talented sportsman with Exeter City when he joined Manchester United during the 1915 close-season. He was expected to be the replacement for Billy Meredith, who had begun a long period of ‘guesting’ for Manchester City during the war. Unfortunately, Harry managed just the one appearance in United’s colours, against Oldham Athletic in the opening match of the season on 4th September 1915. The Manchester Football News declared that they were “…disappointed…” with both Holt’s and some of his team-mates’ performances in the 2-3 defeat at Boundary Park.

Harold then disappears from United’s records, but re-appears first with Walkden Central and then with Rochdale, playing against United on 13th November 1915. The Manchester Football News noted that “…Holt would probably never have left Old Trafford for Rochdale could he have been assured of a regular position.

Harold’s career had started in local Bolton football and cricket teams before a brief trial with Norwich City and a return north to join Walkden Central. There then followed a brief period with Bolton Wanderers, but unable to reach first team level for the ‘Trotters’ he was signed on a free transfer by Exeter City of the Southern League. A consistent player for Exeter, especially during 1914-15 season when he played in all of their Southern League fixtures, he returned north at the end of the season when professional football was abolished for the duration of the war.

In addition to playing for Manchester United, Walkden Central and Rochdale during the various war-time competitions, he also may have assisted Atherton. His war-time career in Lancashire football has not been fully confirmed and he does not appear to have resumed either his football or cricket careers after the war.

Holt selected at outside right for Lever Bridge amateurs against Ringley at Ringley in the Bolton Amateur League, Bolton Evening News, 31st August 1906 Holt of Lever Bridge selected at outside right for the Bolton Amateur League ‘Rest of League XI’ against the champions on 30th April 1907, Bolton Evening News, 13th April 1907
1907-08 Season

Hard lines on Holt, the Lever Bridge player, to go to Burnden to have a trial, and then find a Scot preferred. Still, his turn will probably come in the near future.

Scored for Lever Bridge against Smithill’s in a 5-2 win at Heaton in the Bolton Amateur League, Cricket & Football Field, 28th November 1908

Noted as Holt of Lever Bridge and playing for the Stripes at outside right against the Colours in the Atherton practice match on 18th August 1909, Leigh Chronicle, 20th August 1909

Noted at outside right in the Atherton reserve team against Hindley Central in the Lancashire Alliance, Bolton Evening News, 1st October 1909

Walkden Central, c.1911 [It is unclear about this as he is also referred to as being from Little Lever]


Holt noted as the Little Lever man and “…gave a good show…” at outside right for Norwich City in a 0-0 draw with Exeter City, Athletic News, 24th April 1911

Bolton Wanderers yesterday made arrangements with Walkden Central for the transfer of Harry Holt, their outside right. Other big clubs have had this player under observation. He was formerly associated with Norwich City, in the Southern League; and a cricketer of some repute, assisting Darcy Lever in the Bolton and District League.

The transfer of Harry Holt, who is said to be one of the fastest wing forwards in the Lancashire Combination, has been secured by Bolton Wanderers from Walkden Central. Manchester City were also anxious to enlist Holt's services. He is 21 years of age, stands 5 feet 8 ½ inches high, and is a native of Little Lever. He had a trial with Norwich City at the beginning of the season, but could not come to terms with the Southern League club.

Bolton Wanderers played a match against Walkden Central as part of the transfer arrangements for Harry Holt joining from Walkden Central. He had by then moved on to join Exeter City. Manchester Courier, 9th September 1913

He had to wait until October 1913 though before he made his Grecians debut in a Southern League fixture at Gillingham. After that, he never looked back and was a virtual ever-present for the rest of the season, scoring three goals in 30 starts.

In the 1914-15 season, he played in every match in City’s Southern League programme - 38 appearances, scoring four goals. Including the matches on the South American tour, concluding with the match against Brazil in Rio.

After the First World War, Holt assisted Chesterfield, Gillingham (in 1920-21 where he made 6 Football League outings) and Mansfield Town.

The Exeter City directors also expect to sign to-day Harry Holt, who was understudy to Whittaker as outside right. Last season while at Walkden he was transferred to Bolton Wanderers, being a native of Bolton. He is 21 years old, stands 5ft. 8in., and weighs eleven stone.

Exeter City hare secured a promising player, Harry Holt, for nothing from Bolton Wanderers. The latter gave £100 for him, and played him in their Central League team.
Sheffield Star Green ‘Un, 16th August 1913

Selected to play at outside right in the Exeter City second practice match for the Stripes against the Colours on 29th August 1914, Western Morning News, 29th August 1914

Noted as having played in every match for Exeter City in the Southern League in 1914-15 season, Sheffield Daily Telegraph, 19th May 1915

Noted as the Exeter City forward who will assist Bolton Wanderers during the 1915-16 season, Birmingham Evening Despatch, 26th August 1915

Noted as the Exeter City forward who will assist Bolton Wanderers during the 1915-16 season and a “…local lad and working in the neighbourhood”, Sheffield Star Green ‘Un, 28th August 1915

[Not confirmed as having played for Bolton Wanderers during 1915]

Holt an ex-Exeter City player at outside right scored in a 5-3 win for Walkden Central against Eccles Borough, Eccles & Patricroft Journal, 17th September 1915

Player called Holt at outside right for Atherton against Altrincham in a 0-0 draw, Runcorn Guardian, 26th October 1915

Noted as scoring for Rochdale in a 2-3 defeat against Blackpool at Spotland on 27th November 1917, Reynold’s Newspaper, 28th November 1915

Holt noted as a reserve for the match against Oldham Athletic on Christmas Day, Rochdale Observer, 22nd December 1915

Player called Holt playing at outside left for Atherton in a 2-1 win against Warrington Town, Runcorn Guardian, 7th March 1916

Player called Holt noted at outside right for Walkden Central in a 1-5 defeat against Altrincham, Nantwich Guardian, 14th November 1916

Player called Holt noted at outside right for Walkden Central in a 5-0 win against Altrincham, Runcorn Guardian, 21st November 1916

[Probably there for longer but not researched] 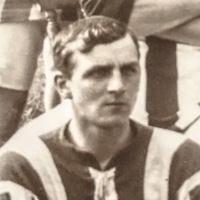 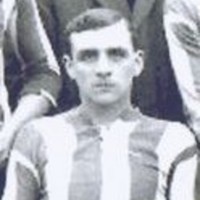