Signed from Ballymena United in December 1947, for £5000, Houghton’s career was blighted with injury and illness, including being sidelined with tuberculosis. In four seasons at the other St James’ Park he scored ten goals in 55 league matches. He scored twice for Newcastle against Sheffield Wednesday that secured promotion from the Second division in 1948, but broke his arm scoring the second, he also broke his leg three times before later in his career contracting TB.

Houghton had been virtually written off as a player following his illness, and didn't play a single league match between November 1950 and August 1954.

He was sent to Switzerland where he remained for two years as a patient in a sanatorium at Davos, all expenses being paid by Newcastle United.

He was gradually nursed back to health and joined Exeter as assistant trainer in the summer of 1953.

Undeterred, and determined, Houghton lined up in the pre-season matches for Exeter in August 1954, and then went on to make his league debut in the opening game of the season, scoring in the 2-0 home win over Crystal Palace.

Netting six goals in 18 league outings in 1954-55, Houghton followed that up with one goal in four league appearances in 1955-56 and and a further five league outings and three goals in 1956-57.

Houghton then became assistant trainer at Exeter City in 1957, and stayed at the club until July 1958.

Houghton, who had his own football team in Exeter in 1962-63, ‘Houghton’s Old Stars’, was a cousin to trumpet player, Eddie Calvert, later worked as a bookmaker in the city.

Houghton was appointed as coach to Exeter and District League side, Ottery St Mary, in July 1968. He died in 1994.

In April 2009, his collection of memorabilia, including news cuttings, programmes and photographs were presented to Newcastle United for their club museum by Frank’s son, Frank Jnr. 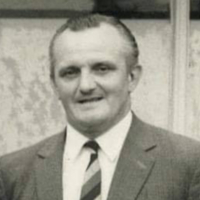 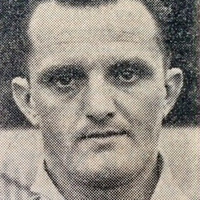 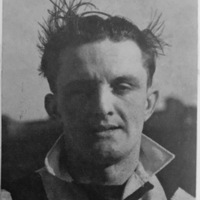